Since the local Piggly Wiggly no longer has an UPS pick up this place is now the local drop off, it saves driving 25 miles just to rid one's self of the 2nd xbox 360 that needed to be returned due being afflicted with the red ring of death. When I took the first one in to be sent off I thought "oh next time I have to send off a package I'm bringing my camera"...little did I know it would be sooner than later....and with my camera this time. 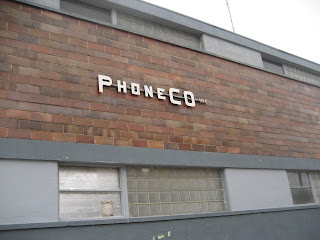 Phoneco is located in Galesville WI
They have so many phones and a museum of sorts, the phone guy told me every thing is for sale. I was hoping to see a Lily Tomlin switch board but there was so much fun stuff to look at I forgot to take notice...the red ring of death may strike again, if so I'll be on the look out. 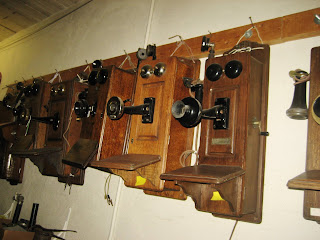 He told me that these can be made into working phones with a dial out installed inside the box. 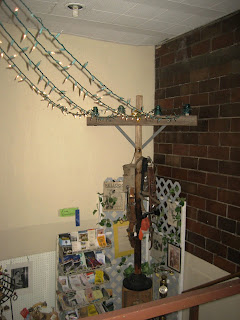 Pretty creative way to dress up the stair well. 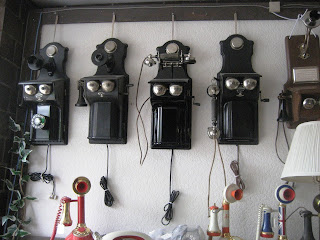 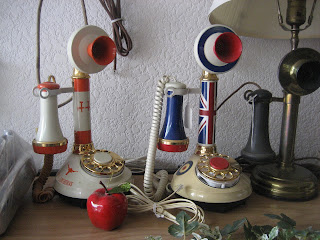 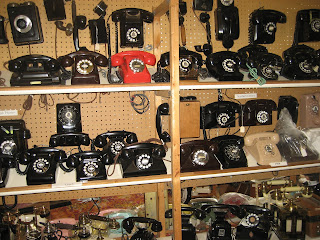 I wonder if that red phone is a direct line to a local super hero! 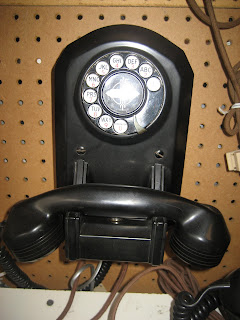 My Aunt Ruth and Uncle Fred had a phone similar to this one in thier big farm house, as a kid I thought it was so cool...the phone and the farm house:) 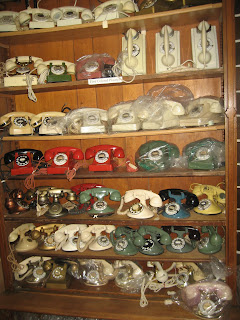 Some of the first colored plastic phones. 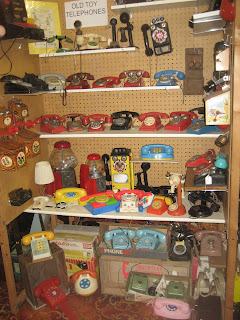 Now these bring back memories of being a kid, and that of our kids, our grandson has a toy cell phone. 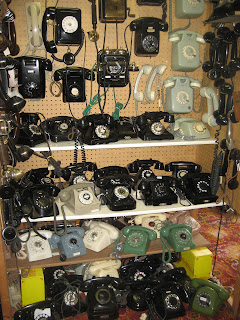 I really like the look of the black desk phones. 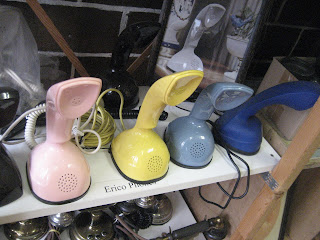 Had I seen these as a teenager I would have wanted one I'm sure. 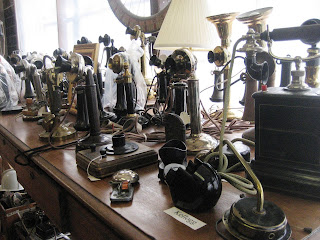 I can just see George Baily(Its a Wonderful Life) talking on one of these. 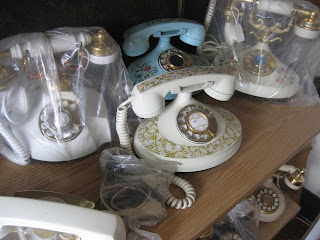 My Mom had the a phone exactly like this one in her bedroom. 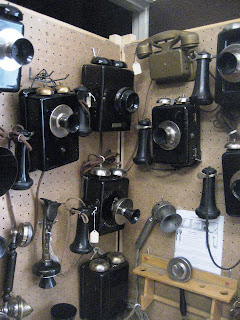 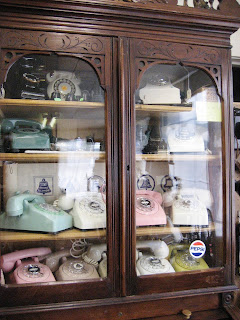 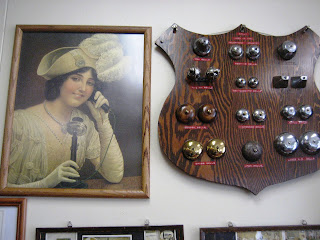 Not only do they have alot of phones, but also old phone signs, advertisements, and every phone innard you could think of and some you would never even think to think of. 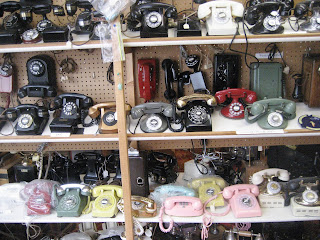 Okay, look at "some of the first colored plastic phones" and see the off white ones that attach to the wall. Grandma H still has that one, with the rotary dial. AND she was still paying rent on it in 2005. We put a stop to that! I told the phone company "I'm sure she owns this phone by now".


The toy phones...I had the pink one on the floor in the front. It was my favorite cause it really rang as you dialed.

I remember your mom's phone. She always had the coolest stuff.

How cool! Next time we come to see you, we need to stop by the Phone Co. My kiddos would love it. Yes, you do need to call me. It has been a long time since we chatted.

How very interesting. Hard to imagine just how far the phone system has come. My grandparents (out on the farm in KS) had the old phone you had to crank to get the operator, then you had to yell to be heard. I was quite impressed tho, because we didn't have one.

Visiting those old phones was a lot of fun!

This was a very fun post! I still remember the switchboard and my aunt the operator that would take my calls to my daddy.

Wow, what memories these photos brings back. So much has changed! Have a great weekend, blessings,Kathleen

very, very cool Jody! so all those phones are for sale? I think I would have come home with a couple of them if so! and now that I said that, I remembered, we don't even have a home phone line! :)

That's awesome! Did they mention party lines? I grew up with one of those, I was always listening in on my cousins conversations.LOL!
What fun!

I've got an old quarter cut wall phone that my husband used (party line) back in the day ;)

Omg, are you kidding me? Look at all those phones!!!